Welcome to the Cuardach Irish Water Spaniel website. Explore and learn about this wonderful breed. You will find information about our current dogs, litters and past dogs. If you don't see the navigation menu, click on the 3 orange bars on the 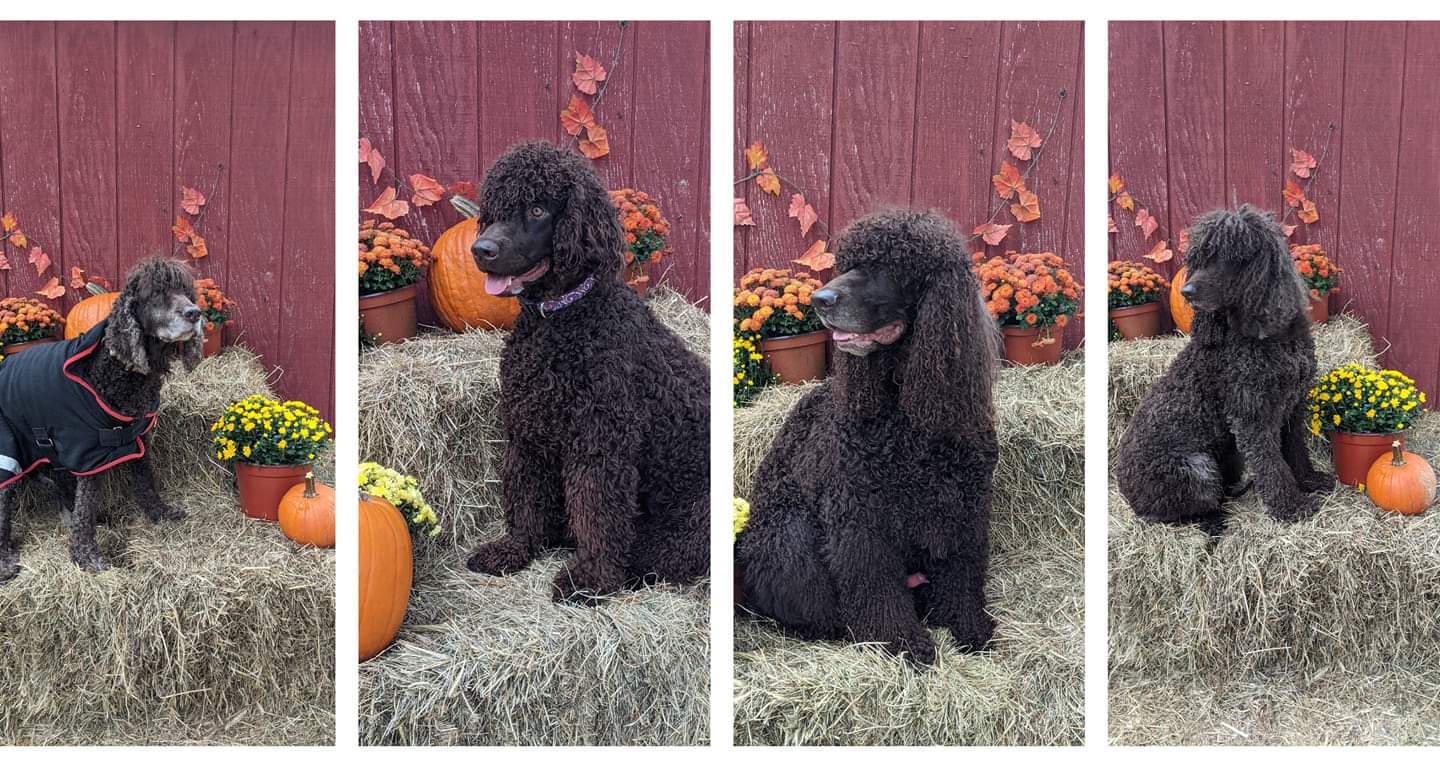 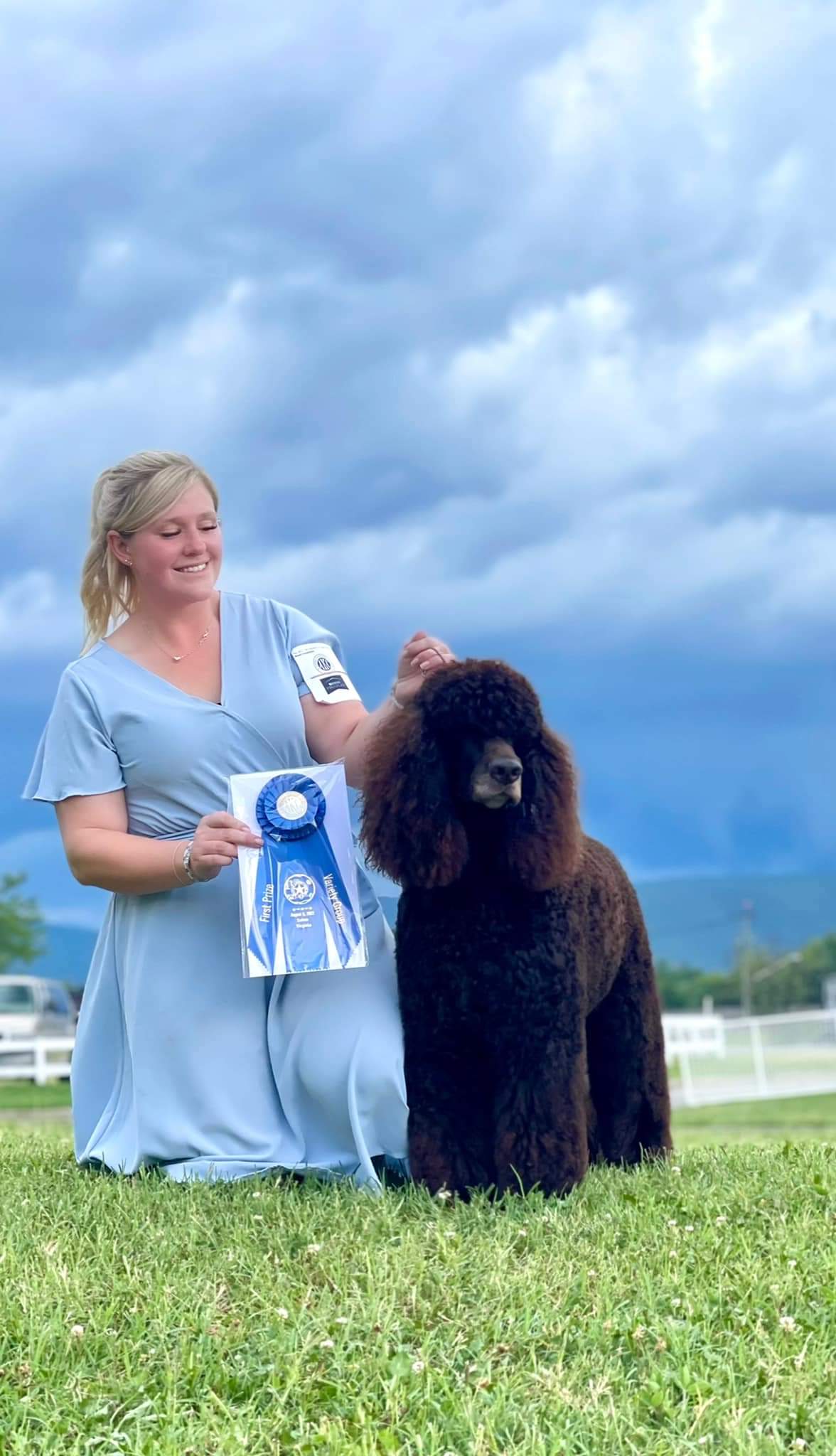 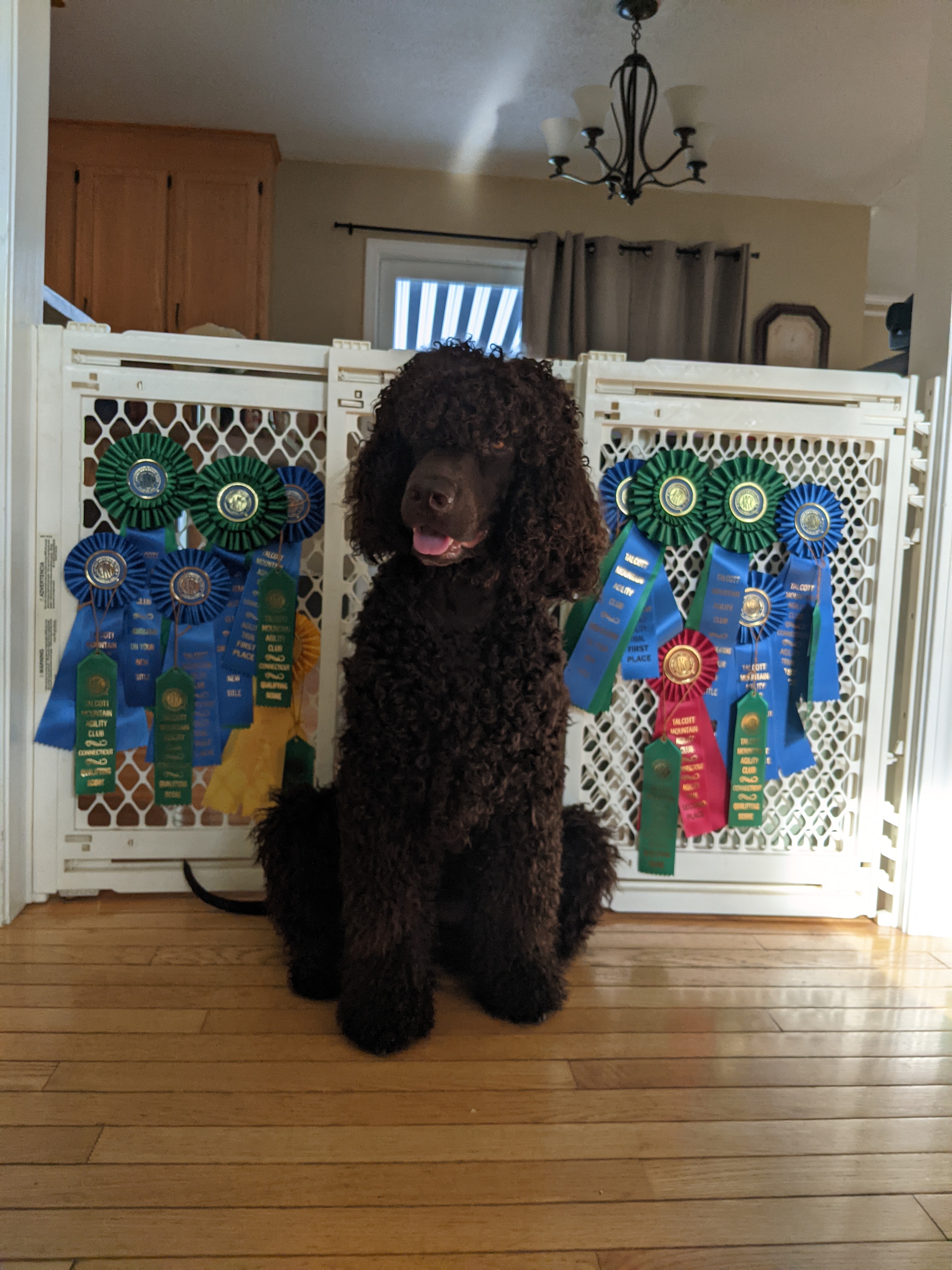 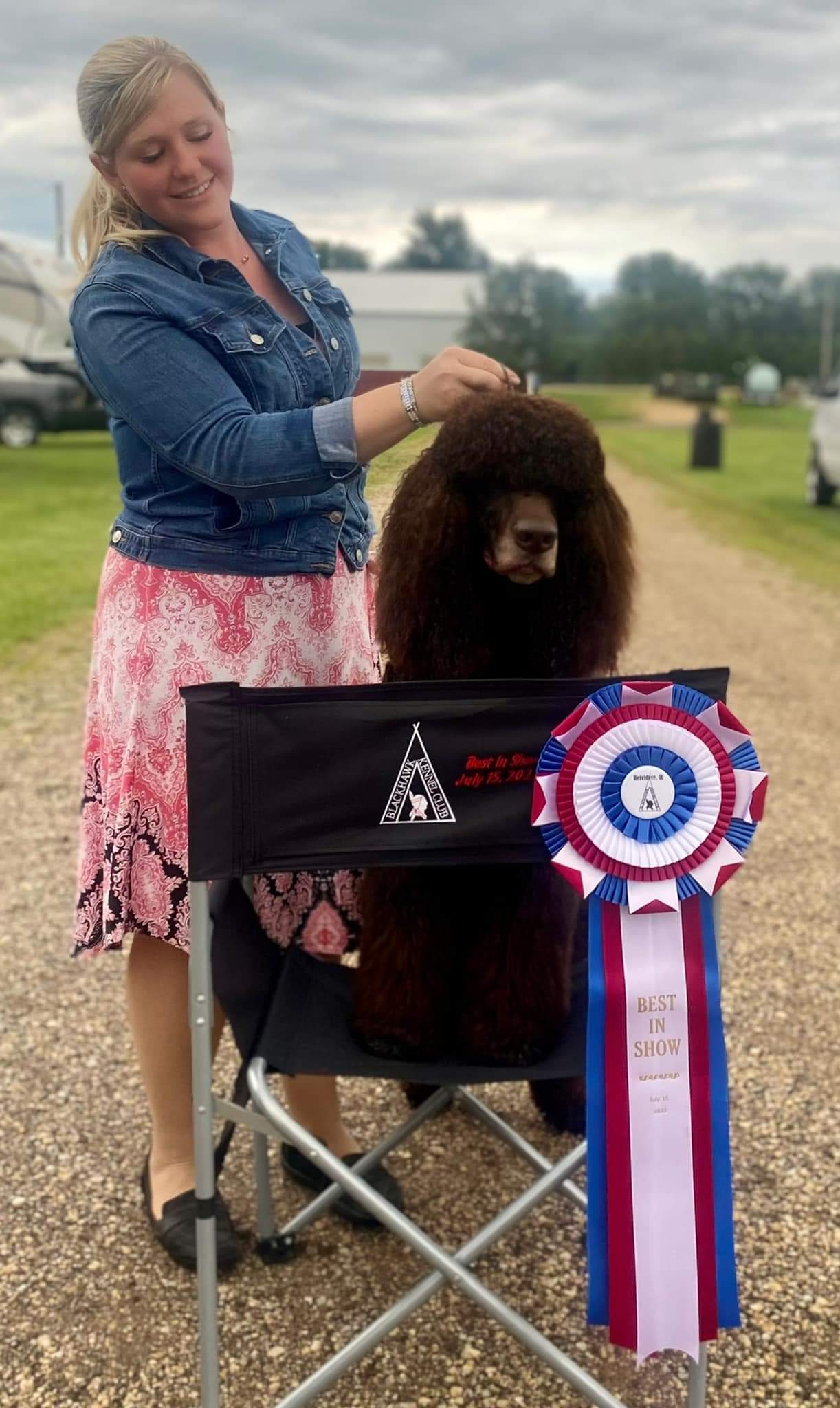 Sloane attended the Summertime Fun Clusters in Belvidere, IL in July 2022.  Six shows and Sloane came home with three Best in Shows, a Reserve Best in Show, and 5 more group 1 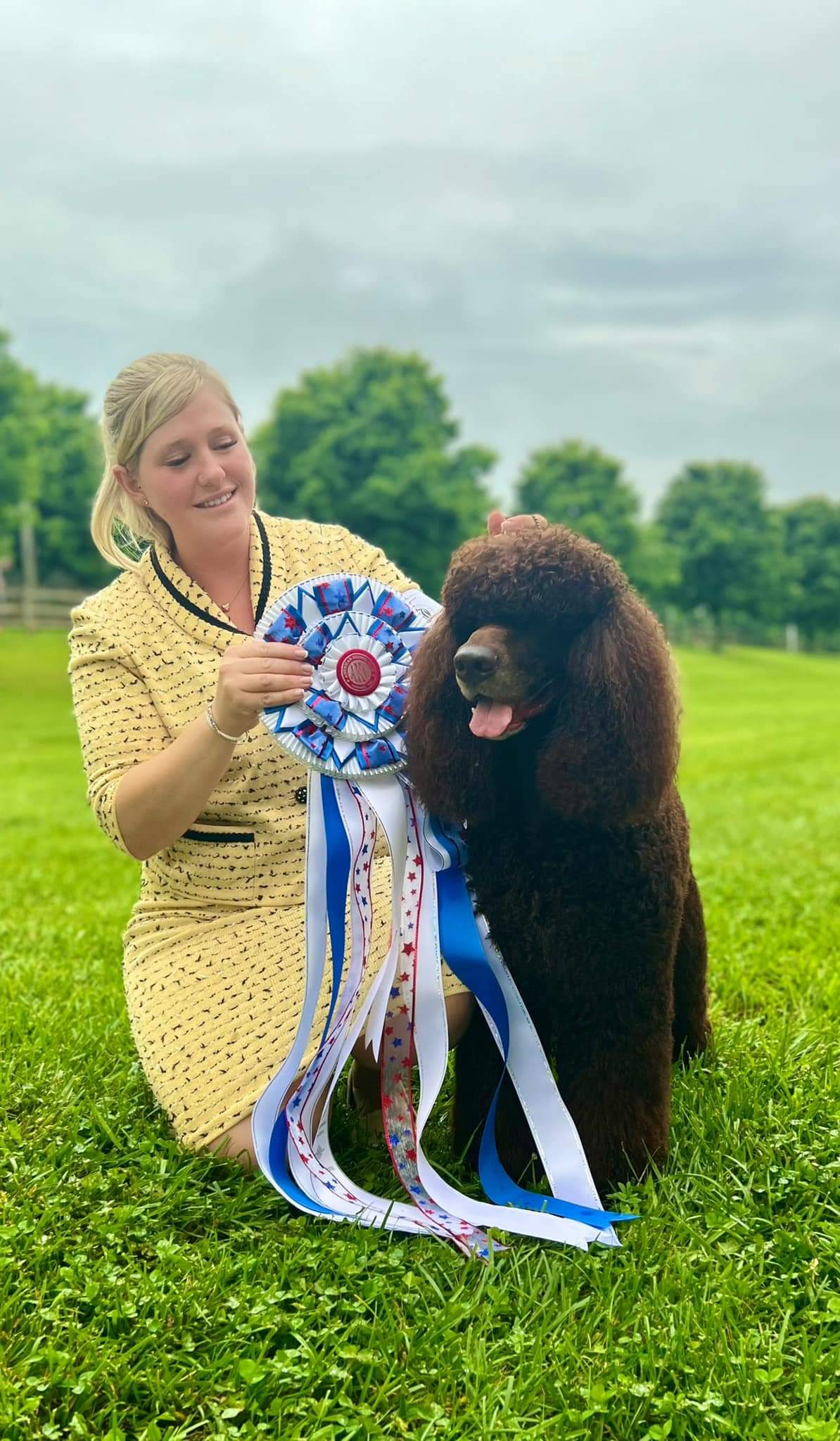 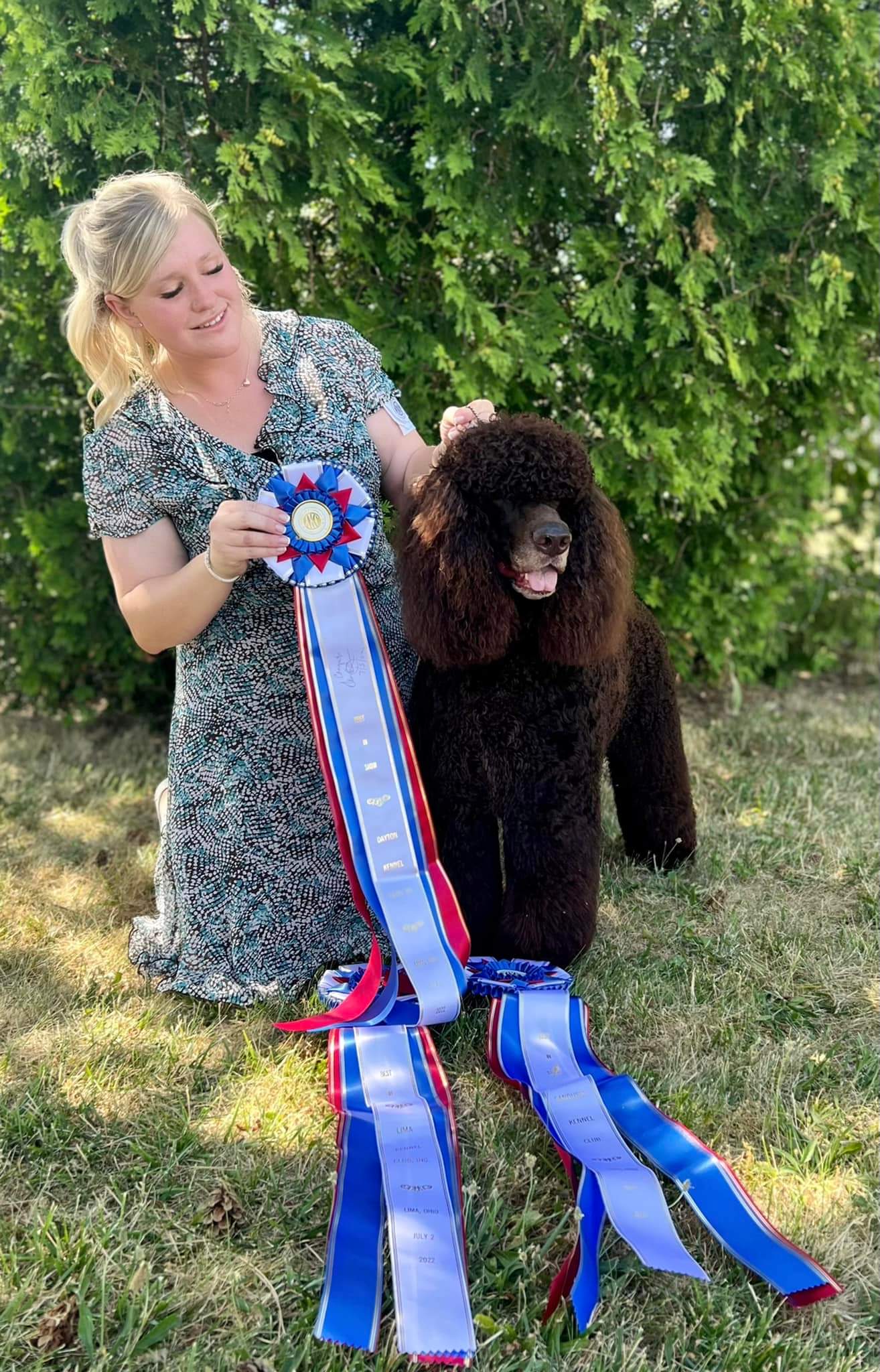 Sloane won 3 Best In Shows in Lima, Ohio to kick off July.  On Friday, July 1st at the Sandusky Kennel Club Show he won under judge Carol Sommerfelt, Saturday, July 2nd he 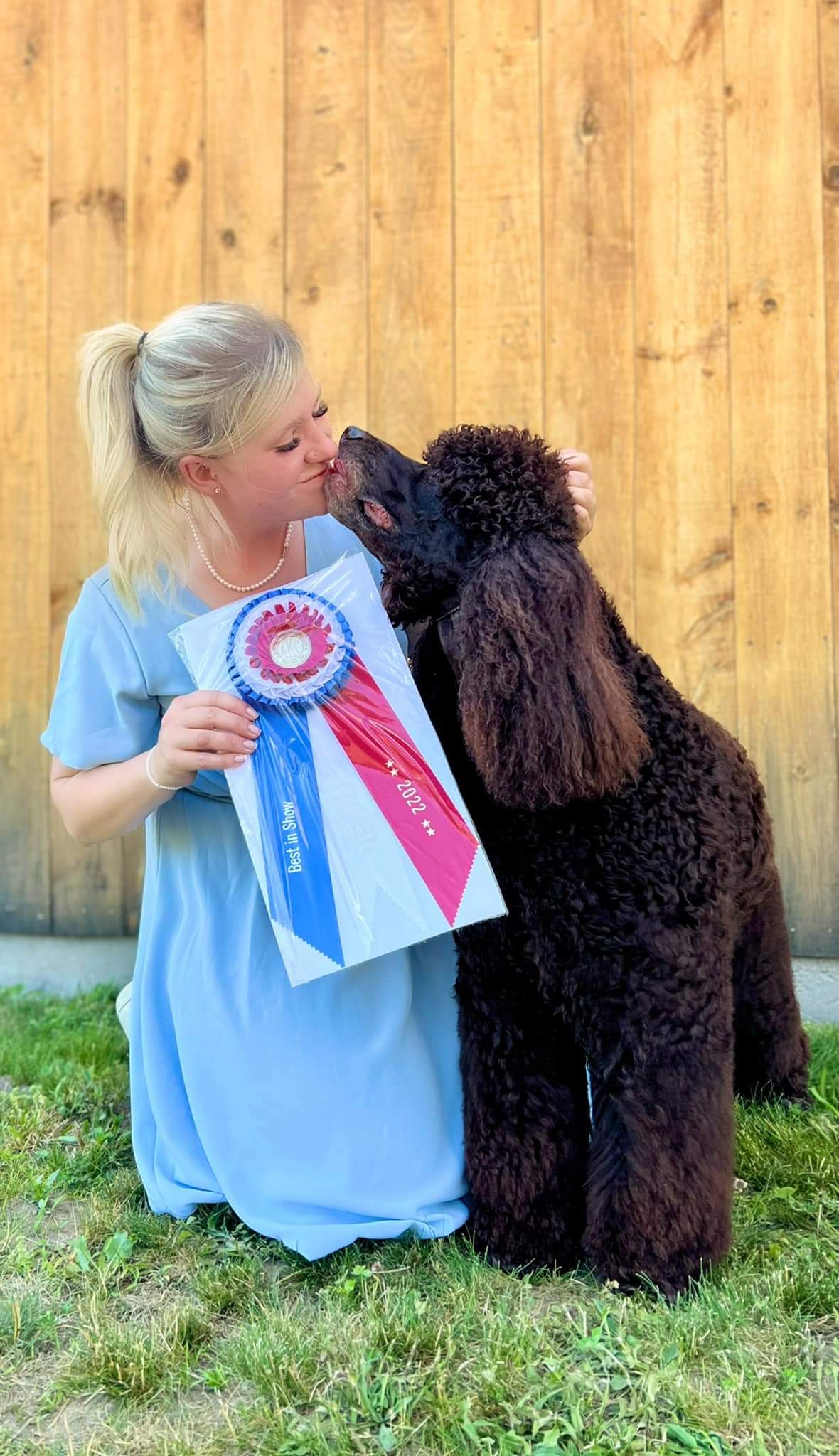